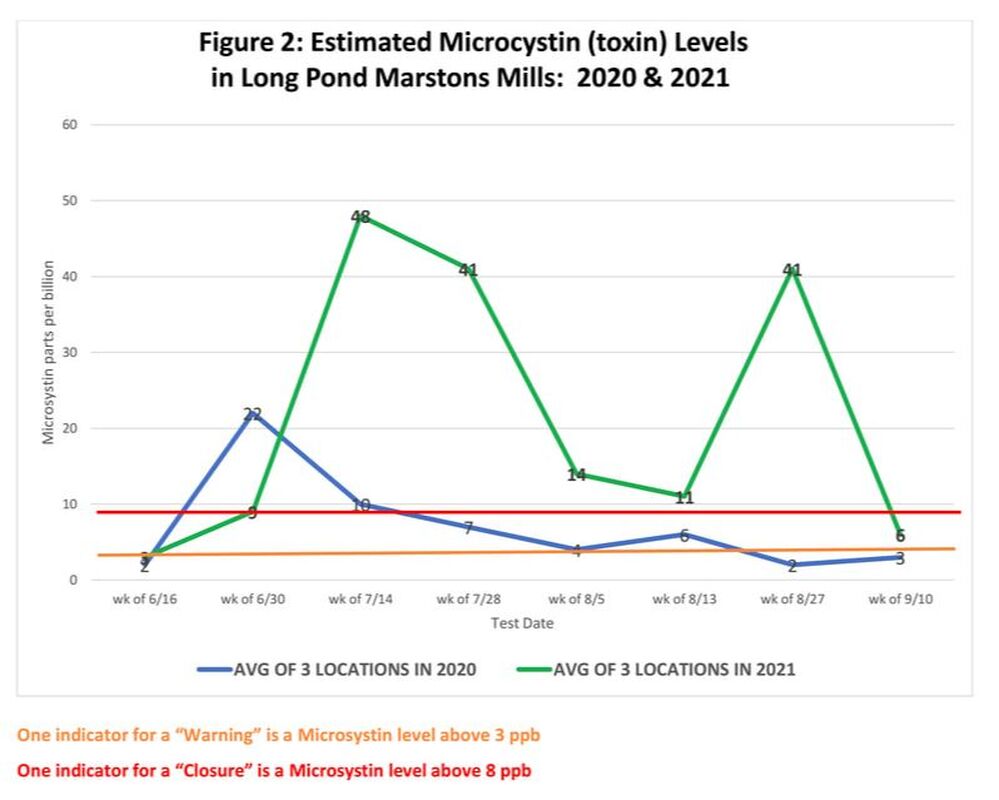 ​2020 POND TEST RESULTS
Read APCC's final report here: apcc_2020_final_report.pdf
​
​
​As shown in the below graphs, Long Pond's water temperature was
​generally higher during the summer of 2020 than it was in 2019, and
phycocyanin levels (an indication of cyanobacteria levels)
peaked for a longer period of time during 2020.
Consequently, the pond was closed for one week longer
and had a "Pet Advisory" for one more week. 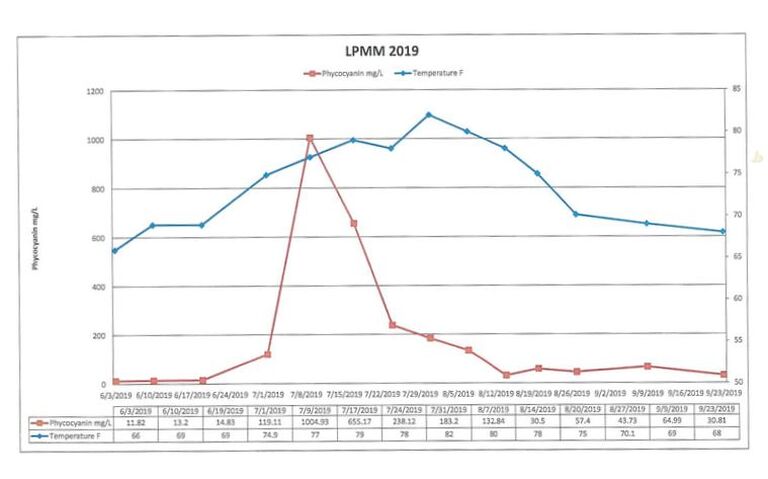 ​Phycocyanin levels peaked in early July, water temperature peaked in late July.
​ Source:  Town of Barnstable Health Department
​The problem with Long Pond is not new.
​A 2008 study conducted by the U Mass Dartmouth School of Marine Science and Technology for
the Town of Barnstable revealed that, while not one of the most impaired ponds in town (as it is today),
Long Pond Marstons Mills was considered unhealthy as many as 12 years ago.
This is evident  in the high phosphorus concentrations and low Secchi (water clarity) depths shown in the two graphs below. 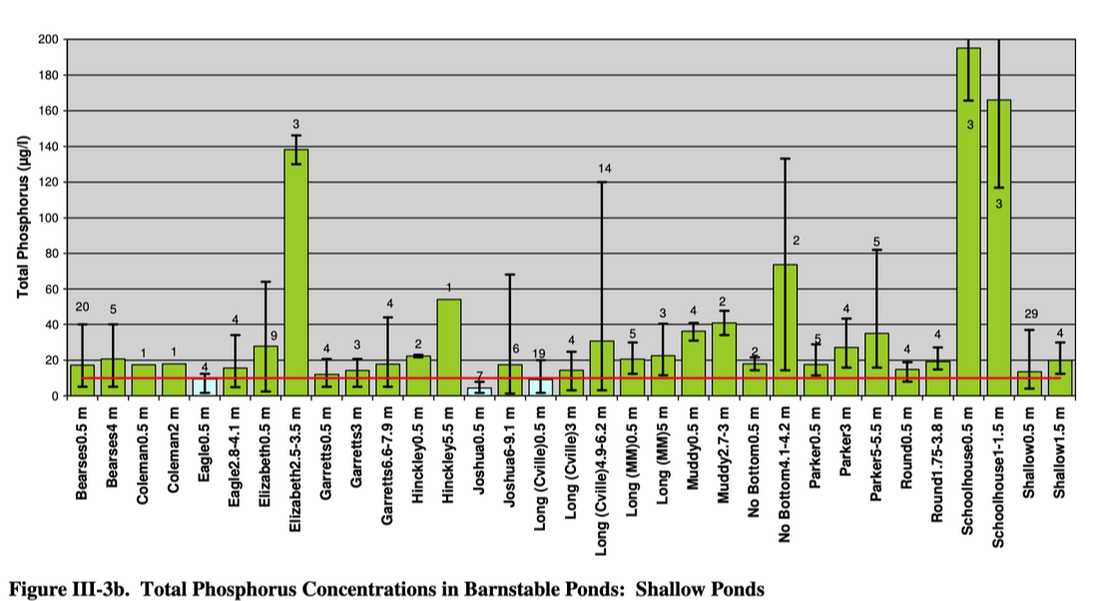 The above graph shows average total phosphorus concentrations between June and September 2008 for Barnstable ponds that have depths between 2.1 and 8.6 meters. Pond names have the depths in meters at which readings were collected (e.g., “Eagle0.5 m” is Eagle Pond readings collected at 0.5 m).
The red line is the Cape Cod threshold for healthy pond ecosystems (10 micrograms per liter of TP from Eichner, et al., 2003); bars for ponds with an average TP concentration less than 10 µg/l are colored light blue. 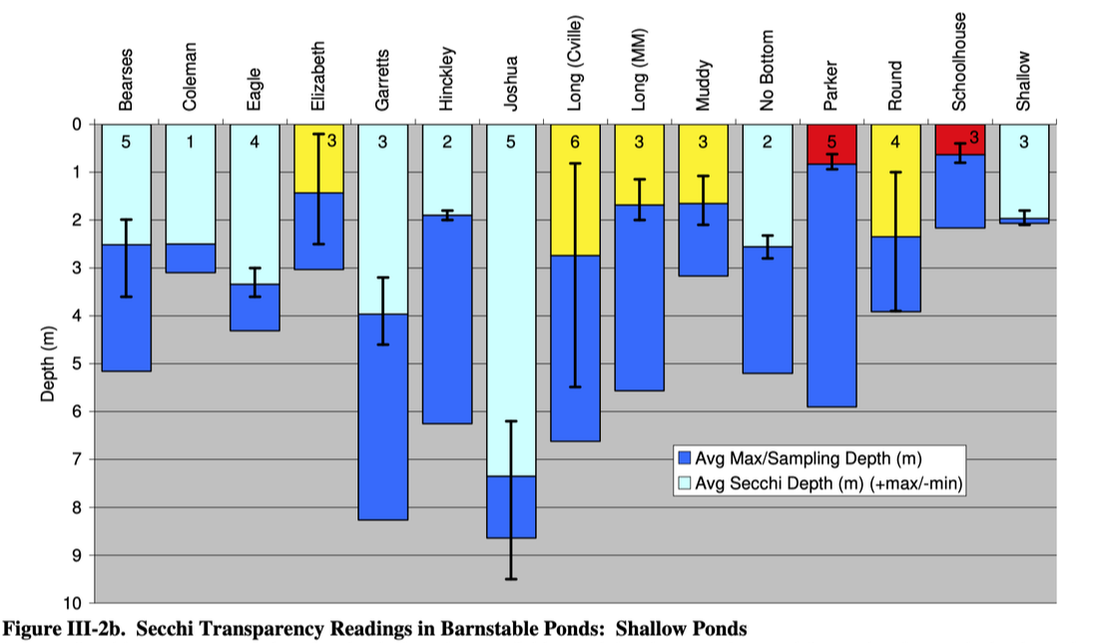